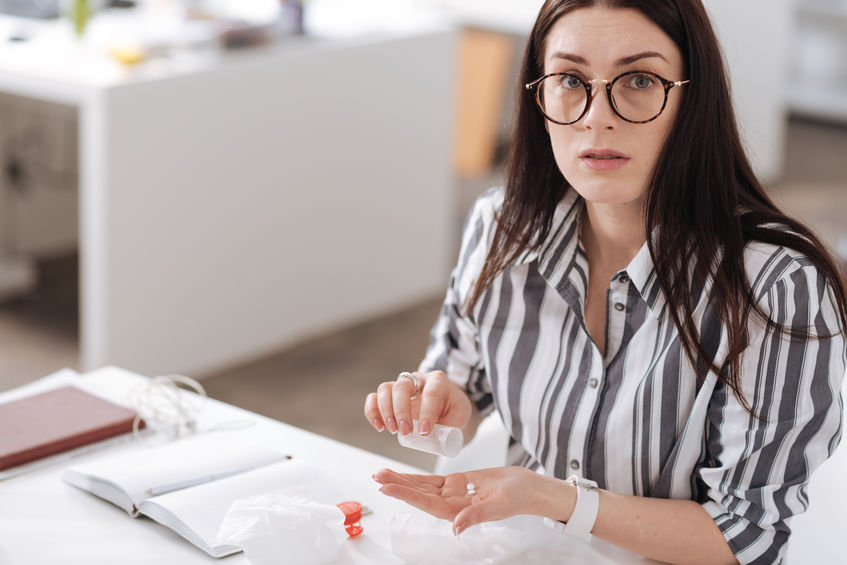 The TFW virus, the slow killer of companies?

The good news is: it can be treated!

An insidious virus is crippling many businesses and keeping them from achieving their potential performance and growth. Its name? TFW (Taylorism-Fayolism-Weberism).
The good news is: it can be treated!

The TFW virus chronically saps companies of their human, material and financial energy. Forty years of management research has enabled the economic cost of this destructive virus to be quantified. It is somewhere between € 30,000 and € 60,000 per full-time equivalent per year.
This represents a wealth of human energy and economic added value that companies could be mobilizing to boost competitiveness, improve flexibility, innovate more effectively, accelerate sales, and drive growth and profitability…

It all started with a revolution

In the course of the 19th century, the predominantly agricultural and artisanal society was catapulted into a new world. This was the Industrial Revolution.
This era marked the beginning of the quest for efficiency and effectiveness. How to best organize production? At the time, the discourse on business organization was dominated by three great thinkers.

The first thinker, the American Frederick Winslow Taylor, the father of Taylorism, advocated a scientific approach to the organization of work. He proposed breaking the work down into highly specialized tasks so that everyone could be as efficient as possible. He introduced hyperspecialization to companies.
He also split every organization into two categories of people: those who ‘think’ and those who ‘execute’. In his view, organizing work in this way would bring a high degree of efficiency. Many companies were inspired by this early version of the assembly line, including Henry Ford in the United States.

The second major personality of the era, the Frenchman Henri Fayol, was one of the first to attempt to rationalize and formalize management concepts within companies.
He sorted administrative tasks into ‘operation groups’ such as technical, commercial, financial, administrative, etc. He described the content of each function but did not consider the human aspects that are relevant to a function.
For Fayol, a function exists once it is described on paper. The ideal business thus becomes a neat organization chart with well-defined boxes and every box in the right place.
His approach entails the depersonalization of the function. Fayol assigns little importance to the human factor, to the person who occupies the position. This leads to organizations that are not very rewarding on the human level and that do not perform well in the long term because everyone can simply hide behind their own walls according to the job descriptions.

The third personality that dominated the discourse at the time was a German. His name was Max Weber. He was both an economist and a sociologist. His version of the ideal business boils down to what would later be known as a ‘bureaucracy’.
For Weber, the work must be organized according to strict rules that everyone must stick to. Command and control. The key principle of this approach is subordination. Everyone knows his place and awaits his ‘orders’ from above. Yet individuals end up merely protecting their territory and there is a loss of engagement.

Birth of a virus

Many years pass, men and women evolve, markets become globalized, new technologies flourish and a whole series of company organization models are developed, in the eternal pursuit of an optimal solution. The latest of these is the concept of the ‘lean’ approach.
In our world that is characterized by technological progress, the explosion of information and advances in education, we would expect concepts dating back to the 19th century such as hyperspecialization, the depersonalization of functions and subordination to have been left behind or at least to have evolved…
Well, think again. The principles that applied at the end of the 19th century are still very much alive in our so-called ‘modern’ management methods. But they have now morphed into viruses. The TFW virus.

How to spot the TFW virus?

The TFW virus is everywhere. It is insidious because we have become used to it. And worse, we sometimes make it the fashionable model. How to spot it? Here are some of the symptoms an infected company may present.

We still see a lot of companies with departments that function basically as separate silos. The lack of consultation and transversal cooperation leads to paralysis. Essentially, this means difficulties in implementing the strategy, action plans and improvements. It’s a vestige of Taylorism that undermines the company little by little, from within.

The depersonalization of the function leads to the creation of workstations that offer little value in professional and human terms. This encourages absenteeism, and leads to increasingly worrying numbers of cases of burn-out and higher than average staff turnover.
Fayol’s principle finds its ultimate prototype in the matrix organization. An ideal organization on paper that in practice forces managers to become professional schizophrenics whose performance – they are the first to admit it – is arbitrary.

Weber’s subordination is still very much present in sometimes insidious forms. It is detrimental to the employees’ commitment to implementing improvements, changes, adaptation. When we expect orders, we feel little or no responsibility for the problems. Middle management and employees do not understand the strategy and therefore do not apply it – they do not feel that it concerns them.

What are the symptoms of the TFW virus?

The list of symptoms that indicate that a company is affected by the TFW virus is long. A few examples:

These symptoms are all related to some form of hyperspecialization, subordination and depersonalization that causes the workers to give up or no longer feel engaged.

What are the consequences?

The TFW virus generates dysfunctions that cause recurrent losses in human, material and financial energy. These are known as hidden costs. They take a toll on the results and on the employees, but since they are not measured, they are not taken into account.

Aside from the impact on economic results, the TFW virus also has a social cost. Loss of commitment, demotivation, stress, burnout, absenteeism, resistance to change and difficulty filling jobs are just a few examples.

The virus results in lethargic organizational structures that are hypercontrolled or infinitely complex and impracticable. It thrives on a mode of management that is made up of various closely guarded ‘powers’ and not always subtle forms of influence. It creates and maintains conflicts, whether they are open or – more insidiously – underlying. It is found at every level of the company, in all its operations. And the body count keeps mounting.

But treatment is available. It is within the reach of any company, whatever its size

The first requirement is knowing who has the power in an organization.

The formal power is certainly in the hands of management. They can issue rules and fire employees.
But the real power is in the hands of the employees, those who ‘know’ and who ‘do’. They are the ones who will ultimately decide the fate of the company by investing more or less of their energy in attaining the company goals. And this power often goes undetected by the management. It is therefore necessary to repersonalize relationships, organize frequent one-on-one contact, give each employee room for responsibility that they can fill in their own way, with their own talents and knowledge.

The second requirement is to reinvent the ‘modern’ definition of the manager.

It’s quite simple, actually: take care of your employees and they will take care of the products, services and customers.
What is often overlooked in the so-called modern management models is middle management. Yet it is the most effective strategic link for progress. But the middle management is disregarded, and often has no voice in questions of strategy. A member of the middle management finds himself between a rock and a hard place. He must execute orders handed down from above and is often not valued by the company leadership. Everyone knows this. It’s what everyone says. But what can we do to change?

The third requirement is to systematically track the dysfunctions caused by the TFW virus by involving the employees. There is a diagnostic technique* that can bring these dysfunctions to light and calculate their impact on the company. It makes solutions for improvement more concrete, effective and sustainable. The goal here is to reconcile the human aspect with economic performance.

By targeting the TFW virus, the organization can build stronger tissues, improve blood circulation and increase muscle tone, turning it into an athlete that will be able to face the challenges of a fast-changing world like no other.

The TFW virus, the slow killer of companies?